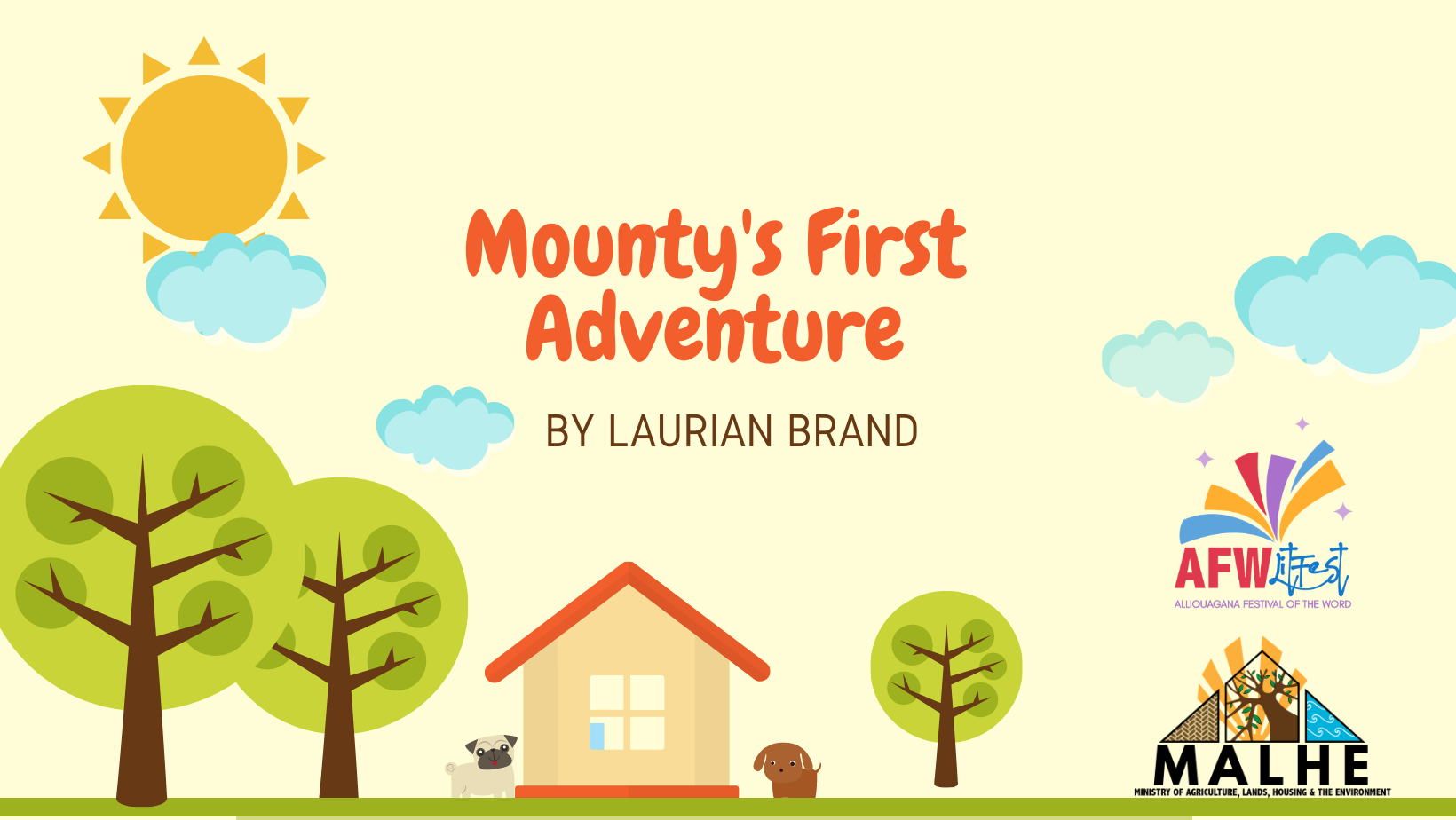 Mounty had seen tall structures coming out of the ground far away when he had gone to the very top of Old Cedar.  There were thousands of bugs moving around and moving in carts, they looked like families except he wasn’t sure they were bugs since their bodies looked a little strange and they never flew in the air. He hoped they were bugs though because they were his favourite treat.  Mounty dreamed of a day when he could wander into this bug village and eat and eat and eat.  His long pink tongue flicked in the air as he thought of the yummy, delicious bugs.  Smilingly, Mounty fell into a deep, long sleep while the chirping crickets played his favourite bedtime song.   END_OF_DOCUMENT_TOKEN_TO_BE_REPLACED 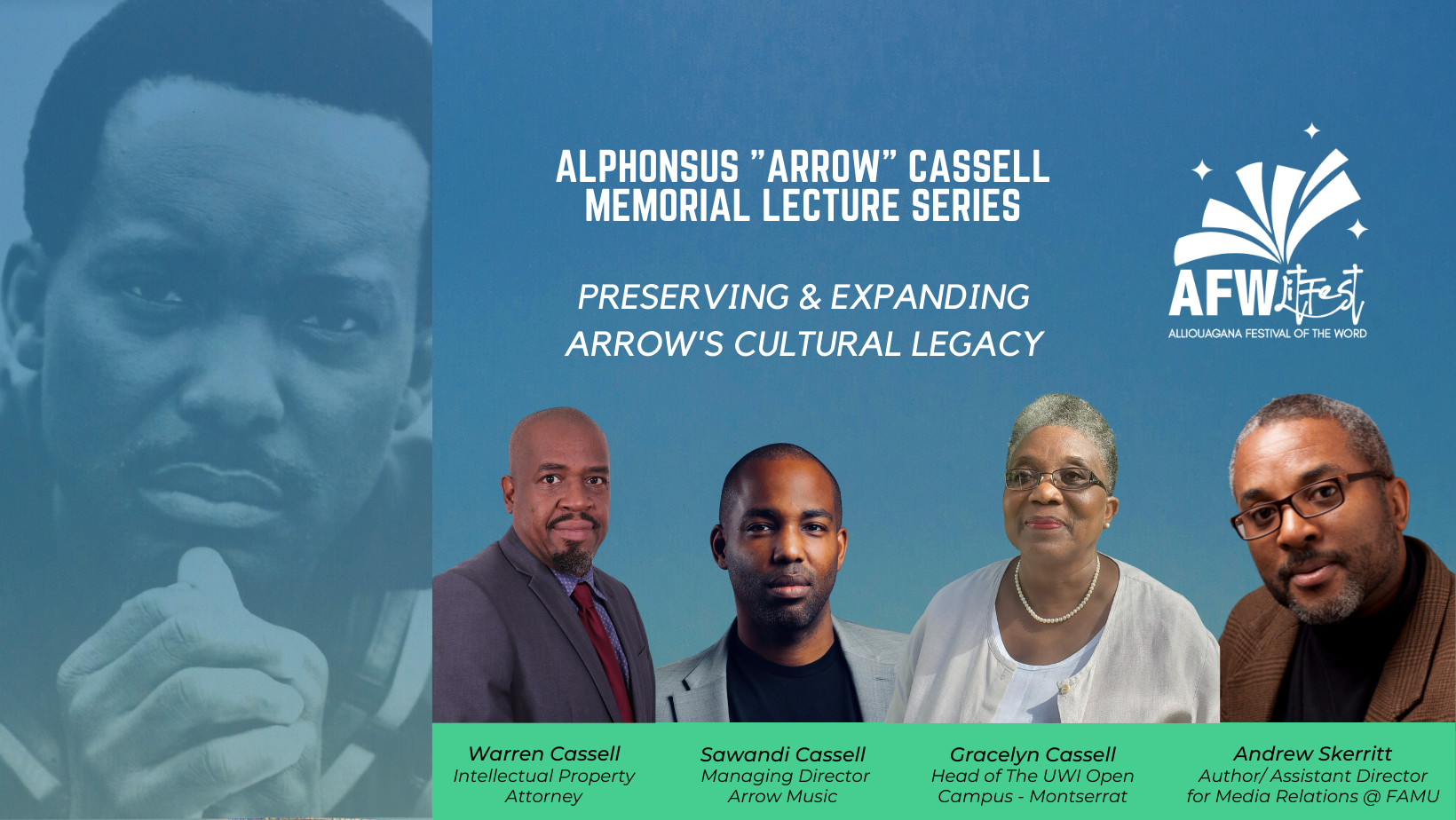 Arrow’s son said his father had an epiphany. While he loved the social commentary and political topics which were prevalent in the popular calypso he sang, he wanted to make music the entire world could enjoy. His switch from calypso to soca, was the vehicle that he felt could do this.   END_OF_DOCUMENT_TOKEN_TO_BE_REPLACED

For entertainment purposes only. END_OF_DOCUMENT_TOKEN_TO_BE_REPLACED

Fabian Adekunle Badejo (St. Martin), author of Claude – A Portrait of Power, Salted Tongues – Modern Literature in St. Martin, and Fantasies – Love-making poems. He has produced concerts by kaisonian Mighty Dow and humorists Paul Keens Douglas and
Fernando Clark. He has directed plays and film documentaries and presented scholarly papers on St. Martin’s literature and culture at regional and international conferences.
Between 1989 and 2005, the former Nigerian diplomat was the managing director/editor, publisher, and news director respectively of The St. Maarten Guardian, St. Martin Business Week, and Today Newspaper. Badejo is the producer/host of “Culture Time,” the weekly cultural magazine on PJD2 radio. The poetry book SOS: Season of Storms by Fabian Adekunle Badejo was published by HNP in 2021 (https://bit.ly/3DkT2xd)

Rochelle Ward [Faizah Tabasamu] is a St. Martin poet. She holds an MSc in Management Studies from The University of the West Indies. The English and Literature teacher at St. Maarten Academy high school has recited her poetry at demonstrations, slams, concerts, and literary festivals in Anguilla, Dominica, St. Martin, and Nevis.
Ward’s poetry encompasses womanhood, Caribbean nostalgia and culture, and the urgency to preserve and engage in nature. As curator at saltfish & Lace, she blogs about hair and beauty care, Caribbean lifestyle, and fashion, and reviews books. Ward is a recipient of the Catapult Lockdown Virtual Salon grant. He poetry appears in the anthology Where I See the Sun – Contemporary Poetry in St. Martin. The debut collection Tangle by Rochelle Ward [Faizah Tabasamu], was published by House of Nehesi (HNP) in 2021. 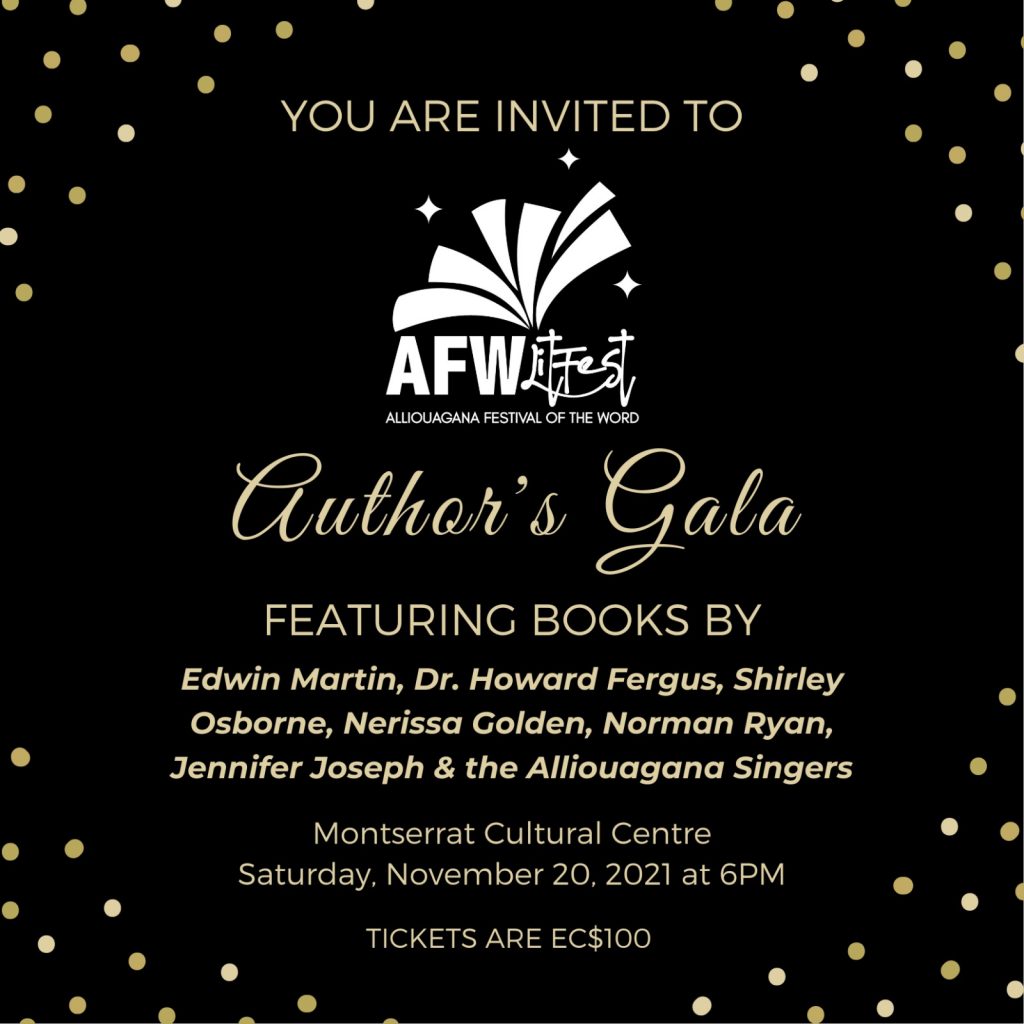 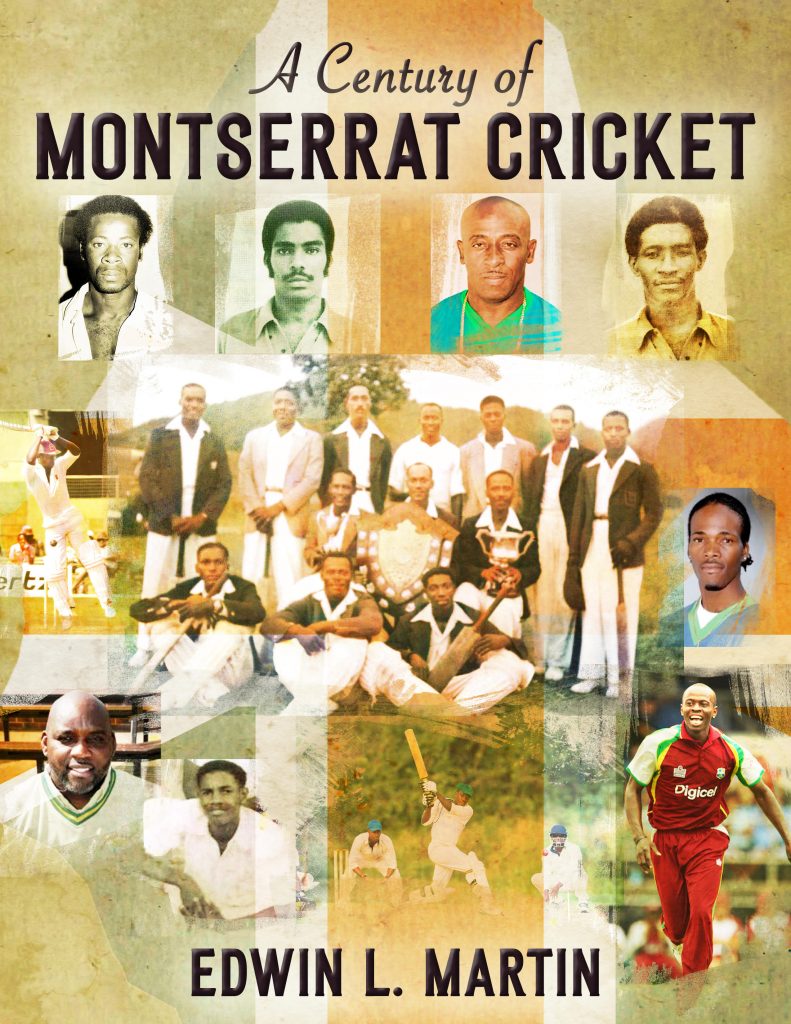 The author, who has been a journalist since 1986, worked at the Miami Herald from 1986 to 2016. One of the highlights of his early career came in 1991 when he interviewed the NBA Hall of Famer Michael Jordan. In 2017, Martin published Stranded Batsman: The Jim Allen Story, his first major book. It has been critically praised by several publications, including CricketWeb.Net, which wrote: “Martin has done a splendid job of reconstructing Allen’s story. The story that Martin tells is a thought-provoking one, very well written and thoroughly researched.”   END_OF_DOCUMENT_TOKEN_TO_BE_REPLACED 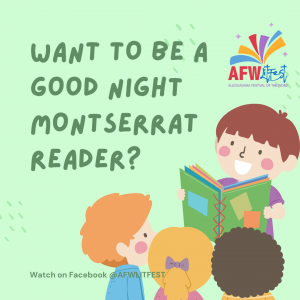 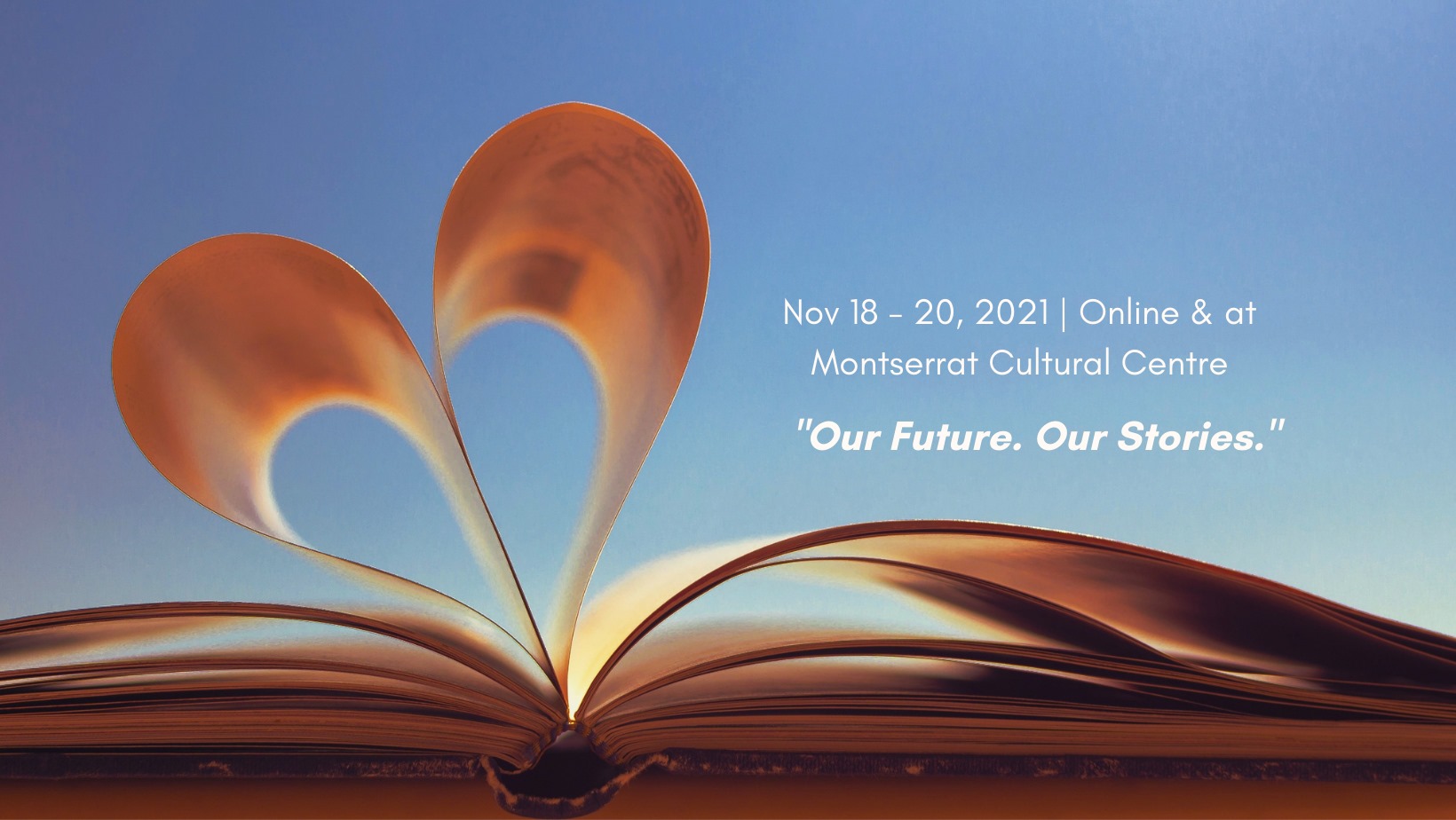 Montserrat Alliouagana’s Festival of the Word Returns November 18 to 20, 2021

BRADES, Montserrat – The Alliouagana Festival of the Word is back for its 13th rendition this November.

Slated for November 18th to 20th under the theme Our Future, Our Stories, the festival will be a blend of online and offline events.

Festival Coordinator Nerissa Golden of Goldenmedia said she was delighted to be facilitating another exciting programme to celebrate the best of Montserrat’s literature. 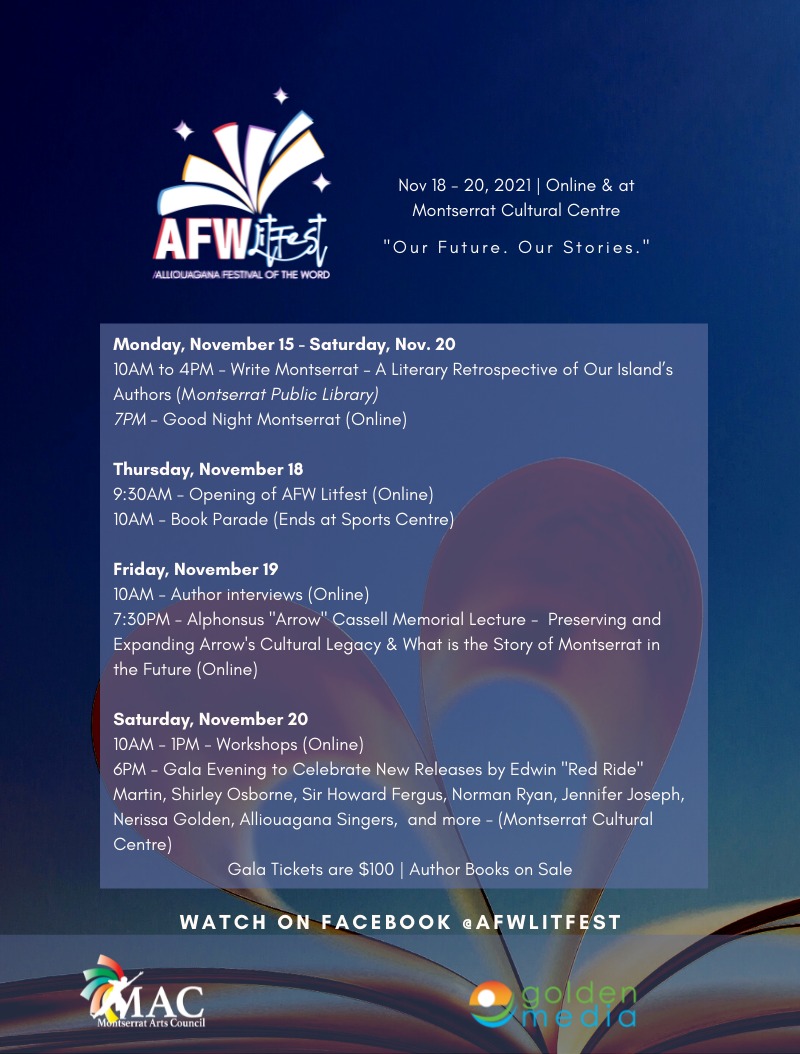 Partnering with the festival committee to deliver events this year is the Montserrat Arts Council and the Ministry of Education through the Montserrat Public Library and the local primary schools. The library will host a week-long exhibition called Write Montserrat: A Literary Retrospective of Our Island’s Authors. Opening on Monday, November 15, the display will showcase the works of local authors in a variety of genres.

“Montserratians at home and abroad have been contributing to building our literature in many fields. We are honoured to present this collection for visitors to the library to enjoy,” Sonja Smith, the Librarian and Exhibit Curator said.

The Book Parade will be held on Thursday, November 18 and allows primary school children to bring their favourite storybook characters to live in costumes in a colourful street parade.

The Alphonsus “Arrow Cassell” Memorial Lecture Series has been moved to Friday evening and will be aired virtually on the festival’s Facebook page. On the programme are two panels, one will look at Harnessing the Power of Arrow’s Legacy and the other What is the Story of Montserrat in the Future? END_OF_DOCUMENT_TOKEN_TO_BE_REPLACED 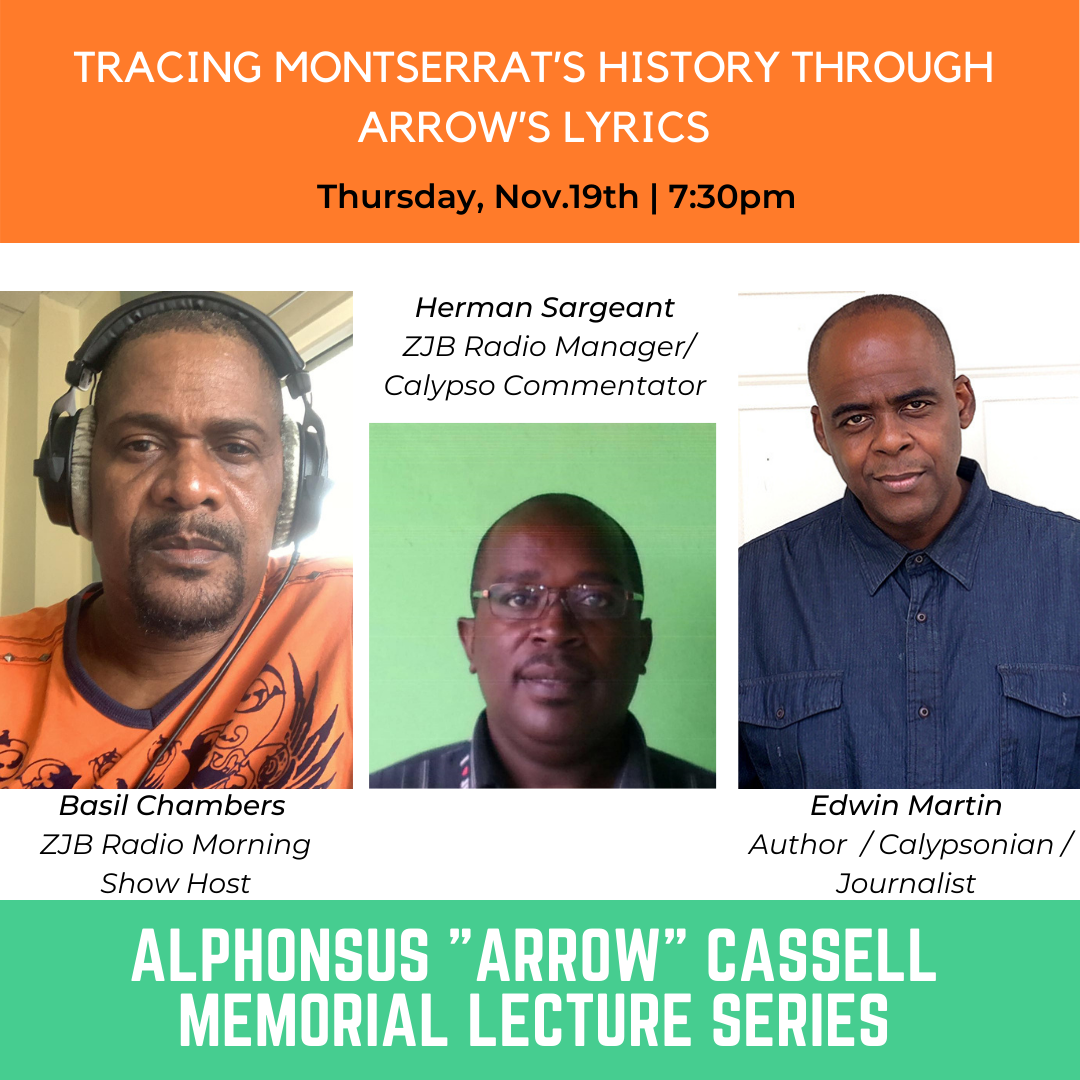 How did one of Arrow’s earliest songs change Montserrat calypso? Was there really a Jean Under the Bed?

These questions are asked and answered in the upcoming Alphonsus “Arrow” Cassell Memorial Lecture Series scheduled to premiere on Thursday, November 19, 2020 on the Alliouagana Festival of the Word Facebook page.

The festival has gone virtual this year and so has the lecture series. In tribute to the 10th anniversary of Arrow’s passing, a panel of cultural experts will discuss Tracing Montserrat’s History Through Arrow’s Lyrics. The panel comprises journalist and calypsonian Edwin “Red Ride” Martin, ZJB Radio Station Manager and Calypso Commentator Herman Sargeant, and ZJB Radio Morning Show Host Basil Chambers.

The trio will discuss Arrow’s music from his start as a young calypsonian, his transition to soca and becoming a global star. They will analyse his lyrics and connect it to Montserrat’s broader socio-economic story. Martin leads the 50-minute conversation, which will stream from 7:30PM online. END_OF_DOCUMENT_TOKEN_TO_BE_REPLACED